The 1999 Gold Cup - a recollection by Aaron Lynch

http://www.thunderboats.org/history/history0549.html
The Saga of Ron Snyder

One of hydroplane racing’s most respected veterans is Ron Snyder of New Bremen, Ohio.

Ron has distinguished himself in everything from Limited Inboards to Unlimited hydroplanes to APBA Vintage craft.

Since 2003, Snyder has driven the likes of AQUA FLYER, a restored 266 Cubic Inch Limited Class hydro, and SIR RON III, a restored 280 Cubic Inch Class campaigner, on the Vintage circuit.

In 2005, Ron received a Life Achievement Award for his years of service to the sport at the Madison (Indiana) Regatta. And in 2007, the book VINTAGE HYDROPLANE HERITAGE by Fred Farley and Ron Harsin was dedicated to Snyder. But the story begins long before then.

Ron’s boat racing career began in 1962. Competing primarily in the 280 Class, he owned and drove two boats of that description.

Snyder raced Unlimited hydroplanes from 1974 to 1989. He is best known for his exploits aboard the MISS MADISON, which he piloted off and on from 1976 to 1988.

Some of the sport’s most talented drivers have chauffeured for the MISS MADISON team at one time or another. These include the likes of Marion Cooper, Buddy Byers, Jim McCormick, Milner Irvin, Mike Hanson, and Steve David.

Snyder is the only MISS MADISON pilot to drive three different versions of the world's only community-owned Unlimited hydroplane. In 1976, he drove the Bill Cantrell-designed MISS M, built in 1972; he piloted the Ron Jones-designed MISS MADISON (former 1973 PAY 'n PAK) between 1982 and 1988; and he was the first driver in competition of the next MISS M, built by Jones in 1988.

"I had qualified with Gene Benning's JUSTA-PEST III in 1974," Snyder recalls, "but it was the people of Madison who gave me the chance to prove what I could really do with an Unlimited."

The highlight of Ron's debut year with the MISS MADISON was a third-place finish in the hometown Madison Regatta on July 4, 1976, behind Bill Muncey in ATLAS VAN LINES and Tom D'Eath in MISS U.S.

It was obvious right from the start that this no-nonsense guy with the ready smile had "the right stuff." Indeed, much would be heard from Ron Snyder in the years ahead.

In 1977, as pilot of Benning's MISS NORTH TOOL, Ron scored points at every Unlimited race and finished third at Washington, D.C., Madison, and Dayton, Ohio.

In the single most exciting duel of the 1978 season, at Madison, Ron and BUDWEISER beat Muncey's ATLAS decisively in Heat 2-A, after four dynamic side-by-side laps on the Ohio River.

Before returning to the MISS MADISON team in 1982, Snyder guided the veteran MISS KENTUCKIANA PAVING (former MY GYPSY) to fourth-place at the 1981 "Thunder On The Ohio" in Evansville, Indiana, for his old friends Bill Cantrell and Graham Heath.

Also in 1981, Ron piloted Keith Trowbridge's CAPTRAN RESORTS to a fifth-place at San Diego, after the scheduled driver (Steve Reynolds) had fractured his hand in a motorcycle accident a few days before the race.

One of the most amazing feats in Unlimited hydroplane history was performed by Ron Snyder at Lake-of-the-Ozarks, Missouri, in 1983. It had been twelve years since the under-financed MISS MADISON had won a race. But Snyder took care of that in his own inimitable way.

The MISS M (disguised as MISS RICH PLAN) made a shambles of oddsmakers’ predictions. The top-rated ATLAS VAN LINES (with Chip Hanauer) and MISS BUDWEISER (with Jim Kropfeld) just plain "blew it" in the Final Heat.

Hanauer and Kropfeld were so focused on each other, they weren't thinking about the rest of the field. When the starting gun fired, ATLAS and BUD were way off the mark at the back of the pack, while Snyder--a past-master of the clock start--was right where he was supposed to be--at the line, full throttle, and going away.

Ron led from wire-to-wire and brought home the Missouri Governor's Cup for the jubilant U-6 camp. Earle Hall and THE SQUIRE SHOP took second-place and Todd Yarling finished third with MISS TOSTI ASTI, while Hanauer and Kropfeld embarrassed themselves, finishing fourth and fifth respectively, in one of the sloppiest performances of their distinguished careers.

"I had won the Tri-Cities race with the BUDWEISER in '78," Snyder pointed out, "but that Lake-of-the Ozarks race--that was extra special."

Indeed, it was. Ron had won not because he had the biggest budget or the most up-to-date technology. Using a ten-year old hull and an Allison engine, Snyder had defeated his Rolls-Royce-powered state-of-the-art rivals on driver ability alone.

Not all of Ron's races with the MISS MADISON ended so triumphantly. At Evansville in 1986, MISS M hooked and threw him out during one of the heat races. Snyder suffered minor injuries. (While Ron recovered, Jerry Hopp and Andy Coker filled in for him.)

And at San Diego in 1988, Snyder and the U-6 were involved in one of the most incredible occurrences in motor sports. Ron was running head-to-head with John Prevost and MISS CIRCUS CIRCUS on Mission Bay. Both were chasing George Woods and OH BOY! OBERTO down the backstretch on the first lap of the race.

Fortunately, both MISS MADISON and MISS CIRCUS CIRCUS were equipped with the recently mandated F-16 safety canopy. Neither man was hurt.

In Snyder's words, "If not for that canopy, I would have been shaking hands with the angels."

After a few 1989 starts with Brian Keogh's BOSS MARINE SPORTS and Jerry Schoenith's MISS TRI-CITIES, Ron decided to call it a career.

When Snyder started racing, he was one of the struggling unknowns on the challenging Mid-West Limited inboard circuit; when he retired, he had achieved the sport's big-time.

In the tradition of fellow Mid-Westerners Bill Cantrell, Marion Cooper, Ron Musson, Buddy Byers, Jim McCormick, Dean Chenoweth, and Jim Kropfeld, Ron had made his presence felt in the Unlimited Class--the Thunderboats of the racing world.

Snyder has never strayed far from the sport that he loves and frequently attends the Madison Regatta, where he visits with friends, new and old.

He has a special place in his heart for MISS MADISON and the people of Madison. "It was a wonderful experience driving their boat for them. I'd do it over again."

A number of recent threads have mentioned the 1963 MISS EXIDE and the 1967 NOTRE DAME.

Ted Jones, who designed MISS EXIDE, told me that he disavowed the project when he heard that builder Ed Karelsen was going to put the boat together with a staplegun.

(Karelsen later vindicated himself with his creations of the 1967 MISS BARDAHL, the 1968 MISS BUDWEISER, and the 1969 NOTRE DAME, which were all excellent boats.)

The 1967 NOTRE DAME was one of the worst riding Unlimiteds that I've ever seen. Even builder Les Staudacher was baffled by the poor handling characteristics. Nevertheless, I don't blame Jack Regas for the boat's crash at Seattle.

Here's how it looked to me--and to the reporter from YACHTING MAGAZINE--from the press section of the Official Barge on Lake Washington.

As the seconds ticked away before the start of Heat 1-A, Bob Gilliam was sitting dead in the water on the start/finish line, trying to get HILTON HY-PER-LUBE started. Moments before the one-minute gun, Gilliam was finally able to get going. He left a side-ways trough as he cut across the infield in an effort to catch up with the other boats.

A minute later, the field thundered across the starting line. NOTRE DAME fell into the trough left by HILTON HY-PER-LUBE, hydrauliced the sponson, and ricocheted into the path of Chuck Hickling and the HARRAH'S CLUB. The two boats crashed and ended up on the bottom of the lake. NOTRE DAME was destroyed; HARRAH'S CLUB was through for the season.

I believe that Regas did not cause this accident. Gilliam did! The crash was a virtual replay of the Warner Gardner/Bill Cantrell incident at Madison, Indiana, in 1965. (Gardner, too, made a belated start with MISS LAPEER and left a side-ways trough. MISS SMIRNOFF encountered the trough and pitched Cantrell into the water.)

Take part in the chat on Tuesday April 5th. Scheduled guests along with drivers, crew members and owners take part as well.

The Vic Nelawake Spirit Award recognizes an individual whose voluntary contributions to the sport of Unlimited Hydroplane Racing stand out among all volunteers, having demonstrated the same selfless dedication and inspiring spirit that Vic was known for.

The 2010 nominating committee has selected the 5 nominees:

All volunteers holding H1 credentials for the season of nomination are eligible to select the honoree through electronic ballot. For this purpose, a “volunteer” is someone who does not receive compensation other than expense reimbursement and per diem allowance.

The Award will be announced at the Annual H1 Awards Banquet, and presented at the Detroit Gold Cup.

Posted by Lon Erickson at 11:02 PM No comments:

Happy Holidays to All !!

Posted by Lon Erickson at 2:46 PM No comments:

Posted by Lon Erickson at 1:49 AM No comments:

onboard video of JW Myers crash in Detroit

A Look Around the 2010 Tri-Cities Columbia Cup

Posted by Lon Erickson at 11:38 PM No comments: 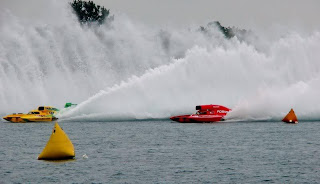 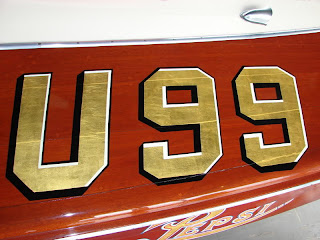 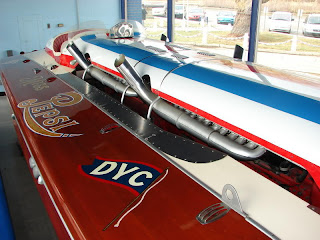 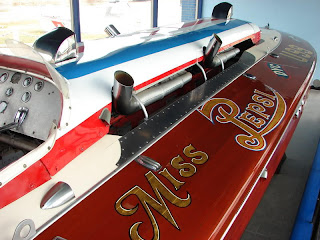 http://www.screechie.com/Regatta/index.htm
Posted by Roger at 4:12 PM No comments:

http://madisoncourier.com/main.asp?SectionID=18&SubSectionID=895&ArticleID=57616
Posted by Roger at 5:21 PM No comments: 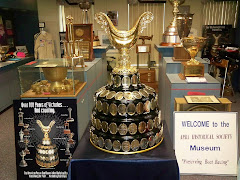 Welcome to the Go 3 Racing Homepage

In Memory Of Terry Troxell God Bless and Godspeed

In Memory of ELAM Vic 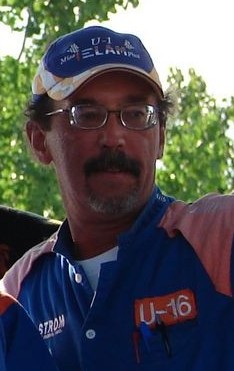